When you book with an account, you will be able to track your payment status, track the confirmation and you can also rate the tour after you finished the tour.
Sign Up

Or Continue As Guest

When you book with an account, you will be able to track your payment status, track the confirmation and you can also rate the tour after you finished the tour.
Sign Up
1799

The best of Marrakech helps 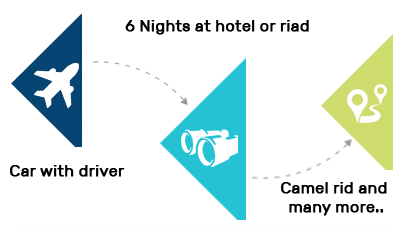 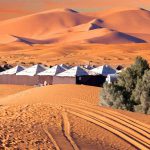 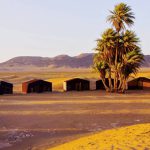 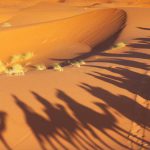 Please do not hesitate to contact us for any further enquiries

Highlights of the guided tour of the Medina of Marrakech:

Djemaa El-Fna square: a visit to the main square in Marrakech, the meeting      place for the traders, traditional peasants, and tourists. During the day it is mostly filled with henna tattoos, people with monkeys and snake charmers, as well as some of the more common stalls.

The Koutoubia mosque: one of the largest mosques in Morocco and the Western Muslim world, with masterful Moroccan architecture and its 66-meter high minaret.

The El Bahia Palace (7€/pax): built by hundreds of craftsmen from Fez in the 19th century, with several materials such as colored tiles, Arabic writing in the plaster and roofs that are well colored by hand. One of the most beautiful magnificent settings to admire Moroccan Islamic architecture.

Saadian Tombs. (7€/pax): It is in the district of the Kasbah, this royal necropolis was where a large number of Saadian princess and prince rest there, under triangular marble slabs, with Arabic writing and colored tiles

Bab Agnaou: Bab meaning gate in Arabic, It is the main entrance to the royal Kasbah located in the southern part of Marrakech.

The Souks (Marrakech Markets): the souks or the labyrinth surmounted by roofs, it has existed for 8-centuries.the souk is made up of several markets (of different Moroccan crafts), shops and bazaars displaying the manufacture of Moroccan craftsmen: pottery, traditional footwear, carpets and weaving…

1:00 p.m: End of the tour for half a day. The guide will take you back to your accommodation or drop you off in the medina according to your preferences.
Afternoon you would be free: you can visit the Majorelle Garden and the Museum Yves Saint Laurent in the new town (Gueliz) on your own.

NB: This package requires minimum 2 persons, if only one person need to pay full package.